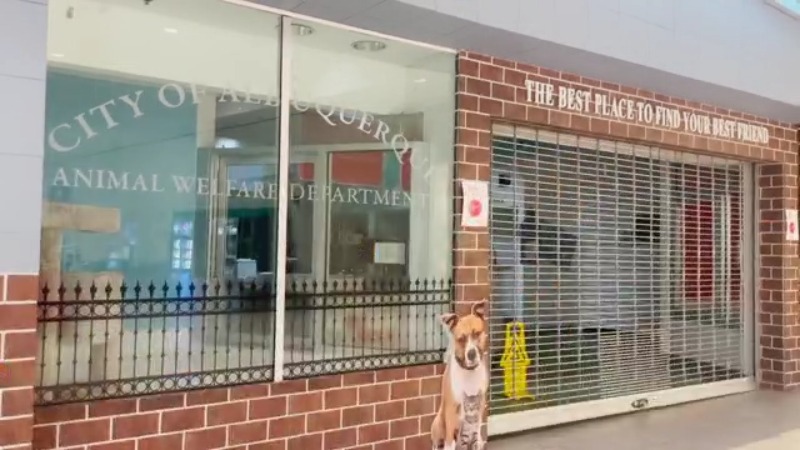 ALBUQUERQUE, NM (KRQE) – Animal shelters in the city of Albuquerque are currently fuller than usual. So why is the adoption center at a busy mall still closed? And why is the city still paying thousands of dollars in rent?

With no shortage of animals in need of homes, the city says it’s working to open its Lucky Paws adoption center in the Coronado Center, but it’s hitting a roadblock that many businesses can. identify themselves these days. “Lucky Paws is such a gem for animal welfare, and we want to get it up and running,” said Carolyn Ortega, director of the city’s animal welfare department.

The adoption center, which has 14 dogs and 23 cats, is closed until further notice. It first closed in March 2020. “Initially it was because of COVID. But since then, as we started to relax all the state protocols, it was more about staffing,” Ortega said.

“It’s more than normal. We’re at full capacity and every day we’re really struggling to keep up,” Ortega said. “Operationally, it makes more sense than staff that we need to stay in shelters to ensure we have the appropriate number of staff for the number of animals we have in shelters.”

Yet keeping the space vacant is expensive. The city rents the space for about $100,000 a year, which means it spent about $250,000 while Lucky Paws was closed. “We really hate that it’s taking us so long, but we really need to focus our staff where they’re needed, and right now they’re needed in shelters because we have so many pets,” said Ortega.

The contract for the space runs until the end of 2024. The city said it will go to job fairs and offer incentives to try to recruit staff.

“We know how important this is for the community; we know how many people are really pushing and defending Lucky Paws,” Ortega said. “I encourage people who love animals and want to make a difference in their lives to apply for this position.”

Animal Welfare says Lucky Paws will be open on Black Friday for an adoption event. In the meantime, they’re looking at “creative” ways to use the space for other pop-up adoption events or just open on the weekends until they’re sold out.

In addition to adoption counselors, Animal Welfare is looking for veterinary staff and volunteers. You can apply and view volunteer opportunities online.