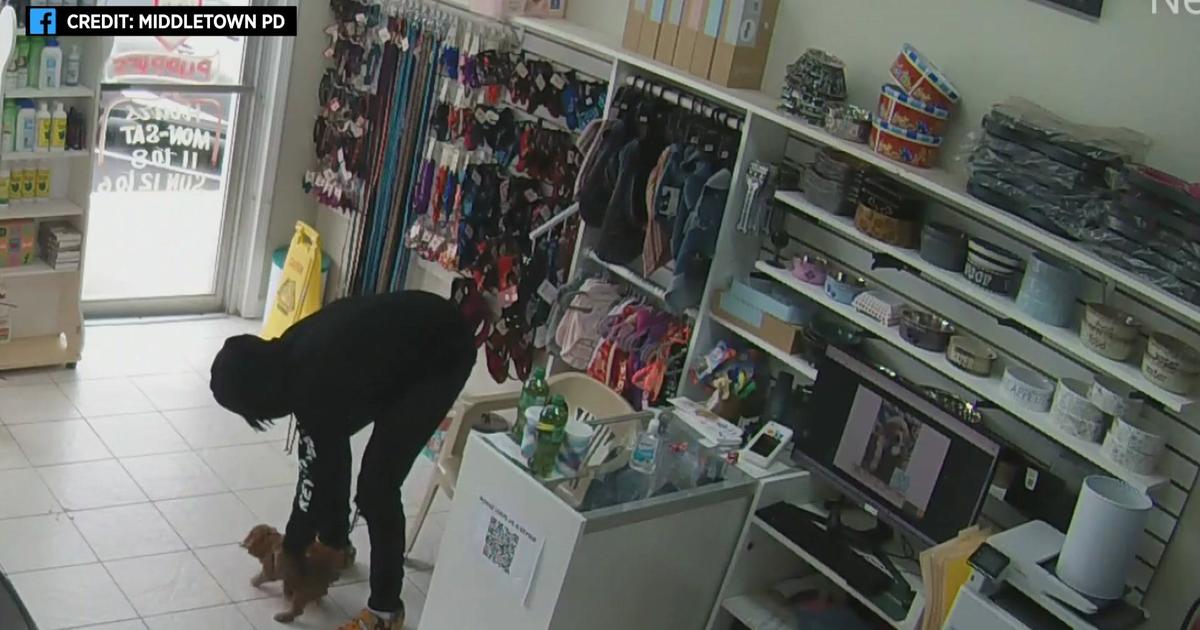 MIDDLETOWN, NJ — The search is underway for a puppy thief in Monmouth County.

Investigators say the man seen in the surveillance video stole a cockapoo puppy from the Pet Shoppe on Route 35 in Middletown on Thursday afternoon.

According to police, the man entered the store and asked if they had any cockapoo or goldendoodle puppies for sale. He then started playing with a 10-week-old cockapoo puppy and moments later police said he picked up the puppy and ran away.

After stealing the pup, police say he got into a small black SUV with New Jersey’s partial X58 license plate.

The suspect was last seen wearing ripped black jeans, orange Crocs and a black sweatshirt with the words “Key Street” on the sleeves.

The CBS team in New York

The CBS New York team is a group of experienced journalists who bring content to you on CBSNewYork.com.