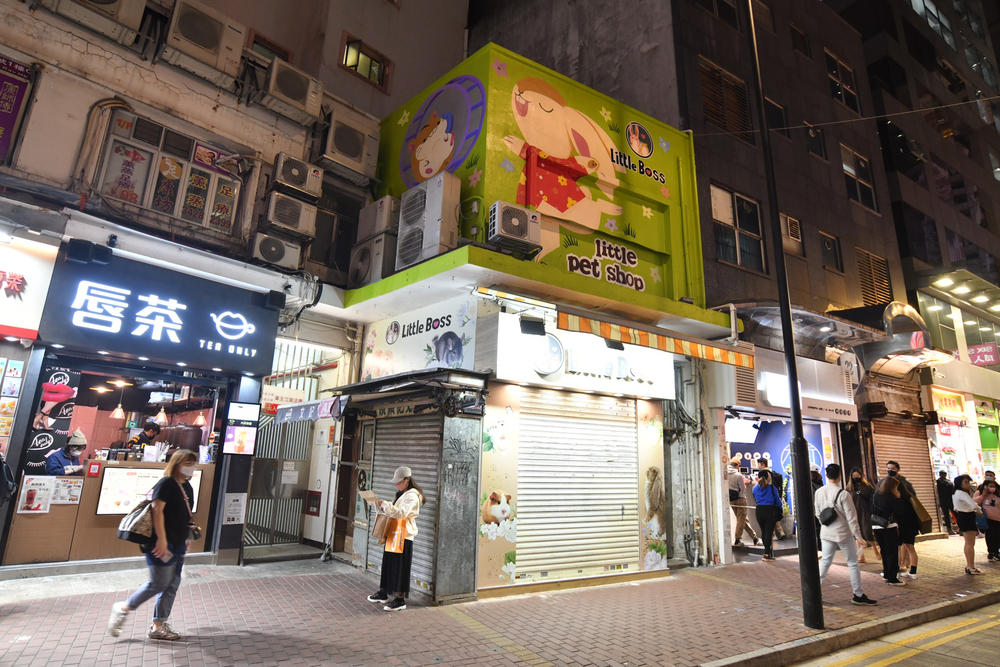 Sources said a pet hamster at a store in Causeway Bay had the coronavirus after a member of staff was confirmed with the Delta variant of Covid-19 on Tuesday.

The pet store clerk is a 23-year-old woman who works at Little Boss, a pet store selling animals, including rabbits and chinchillas, on Jardine’s Bazaar. She carried the mutant strain L452R, an indicator that she is a Delta case instead of Omicron as in recent cases.

It is understood that the investigation by health authorities revealed that a pet hamster inside the pet shop had also tested positive for coronavirus.

Speaking at a weekly press briefing this morning, chief executive Carrie Lam Cheng Yuet-ngor said the pet store’s Delta case was concerning, possibly causing the transmission of another variant of Covid in the city.

Lam said health authorities are closely monitoring the case, especially since the pet store chain has more than 10 branches in the city.

According to data from the Center for Health Protection, Delta’s last local case was reported on Oct. 8, when a cargo handler working at the airport was confirmed to be infected.

Dr. Gilman Siu Kit-hang, the PolyU academic who led the genome analysis, noted that on June 2 last year, health officials reported the city’s first Alpha case, the source of infection of the remaining case not found.

The patient is said to have purchased a chinchilla from Little Boss’ Mong Kok pet store prior to her diagnosis.

At this time, animal-to-human transmission was considered a possibility as the store mainly imported animals from Europe, where Alpha was then dominant.

However, Siu said the possibility of animal-to-human transmission is low and Hong Kong could again register another Covid case with an untraceable source.