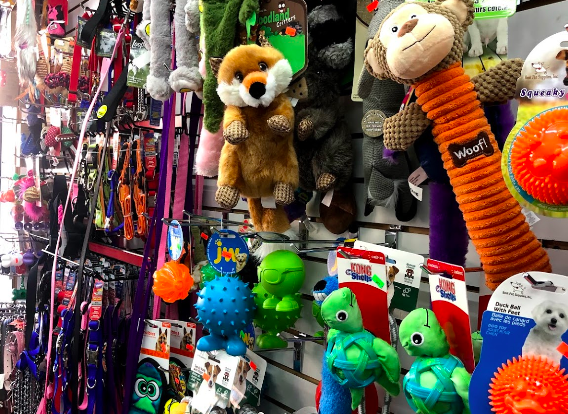 BROOKLYN – It’s the last day of September! Where did the time go? A lot has happened in our borough this week – further proof that NYC is not in fact a “ghost town” as our president said last night during the debate.

A lot is going on, and this week we have some animal news as well.

We have already written that someone threw over 100 live eels into Prospect Park Lake on Sunday. A man reportedly entered the park with two trash bags, the bags opened and dozens of live eels spilled out. Then the man continued to “dump hundreds more into the lake.” We were told that the NYS Department of Environmental Conservation was investigating the incident. Anyone with information should call 1-844-DEC-ECOS (1-844-332-3267).

Yesterday a deer was seen in Sheepshead:

Neighbors saw him on S Avenue near Ocean Parkway around 1 p.m. and mistook him for a reindeer. Cops chased him down Ocean Parkway and the ordeal eventually ended on W Avenue when the deer made its way to a woman’s backyard and the cops used a tranquilizer dart. The Daily News reported that the deer was then taken to a forest refuge on Staten Island, where it will be released into the wild.

The raccoon vaccination started yesterday in Brooklyn, although we have only recorded one rabid raccoon this year. (Or maybe that’s exactly why we have so few). So far, 30 animals have been found with rabies across New York City so far this year. Staten Island has the most (12 raccoons, 1 cat, and 1 bat), followed by the Bronx (8 raccoons, 1 skunk, and 1 cat), Queens (2 raccoons and 1 cat) and Manhattan (2 raccoons ). As for Brooklyn, there is only one raccoon that was found on July 15 near 15th Avenue and Cropsey Avenue near Dyker Beach Park. The vaccination effort will last two weeks, the health ministry said.

And if you love animals, you will surely be happy to lend a hand:

“In November 2019, I dreamed of having a successful business. I brought my store and jostled and worked to be successful. As COVID-19 has started to shut down [the] business, the dream began to become a nightmare. The activity fell by 80%, due to distributors and donors.

We couldn’t qualify for EIDL or PPP because we are a new company… I ask for your help whatever it is because I want to keep this little pet supply store open so that we can continue to serve our furry friends as well as our beautiful cat Lucy. I have wonderful women who work with me and have managed to keep them with me. Please, if you can, something will help #SmallBusinessRelief. I want to be able to continue to contribute to my employees and to my community. I’m a big fan of adopting pets and helping with rescues.