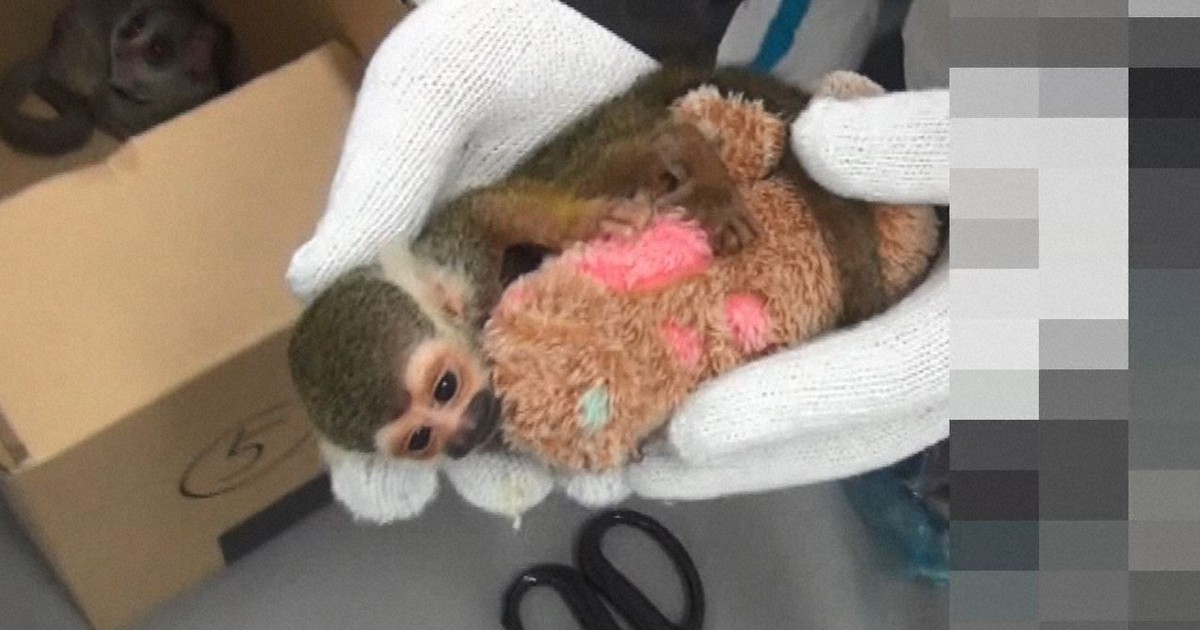 TOKYO – A former pet store manager has been arrested on suspicion of trying to import monkeys at high risk of transmitting viruses to humans to Japan, Tokyo police said on October 6, amid of the current popularity of animals on social networks.

Suspect Yoshihiko Machino, 48, from Kawaguchi city, Saitama prefecture, is accused of boarding a flight from Thailand’s Suvarnabhumi airport on June 2 with 21 young monkeys hidden in wooden boxes. box and a suitcase, and trying to import them at Haneda Airport in Tokyo. The next day.

As a general rule, Japan prohibits all imports of monkeys as pets due to the possibility that they could spread Ebola and other infectious diseases with high mortality rates to humans. Police say Machino admitted to the allegations against him, saying, “It’s a fact that I smuggled them from Thailand to Japan. I wanted to raise them myself.”

According to the Metropolitan Police Department, the suspect attempted to import four species of young monkeys, including the Senegal bushbaby and the common squirrel monkey, with bodies measuring around 6 to 10 centimeters. These species are very popular as pets, ranging from 600,000 yen to 1.8 million yen (approximately between $4,100 and $12,000) each in pet stores in Japan. Police suspect the man attempted to smuggle the animals to sell in Japan, having bought each monkey for 40,000 to 50,000 yen (about $280 to $350) in Thailand.

The monkeys were reportedly separated into groups and placed in sachets, which were then wrapped in bowl-shaped metal containers that fit together to form spheres, and placed in cardboard boxes and a suitcase containing clothing, snacks and other items.

The monkeys were found after a Tokyo Customs officer at Haneda Airport approached Machino, who was making suspicious movements, and a monkey cry was heard from the suitcase and other belongings . One monkey was already dead when it was discovered, while nine also died of exhaustion at the quarantine station. The other monkeys are kept in a zoo in Japan. Inspections revealed that the monkeys did not possess any virus.

The Senegal bushbaby and other monkeys have gained popularity on social media, and many cases of smuggling have been reported. A 56-year-old owner of a pet store in Nagoya said, “About 20 years ago, they cost around 150,000 yen (about $1,000), but now their price has become more than 10 times higher.

The importation of monkeys was banned in Japan in 2005 based on the Infectious Disease Control Law. The value of monkeys as rare creatures then increased, as the only way to increase them was to breed those imported to Japan before the ban. Meanwhile, prices have also risen amid high demand for monkeys as pets.

The Nagoya pet store also handled a transaction of a monkey costing about 2 million yen, or about $14,000. In September 2017, a 54-year-old man was arrested by Chiba prefectural police for allegedly trying to bring four endangered monkeys obtained in Thailand to Japan without permission. Prefectural police also arrested a 71-year-old man in 2019, in a similar case where he tried to import five baby monkeys into the country.

An investigative source commented: “Once they have entered the country, it is difficult to distinguish whether they have been smuggled or not. We would like to continue to exert efforts in border control measures.