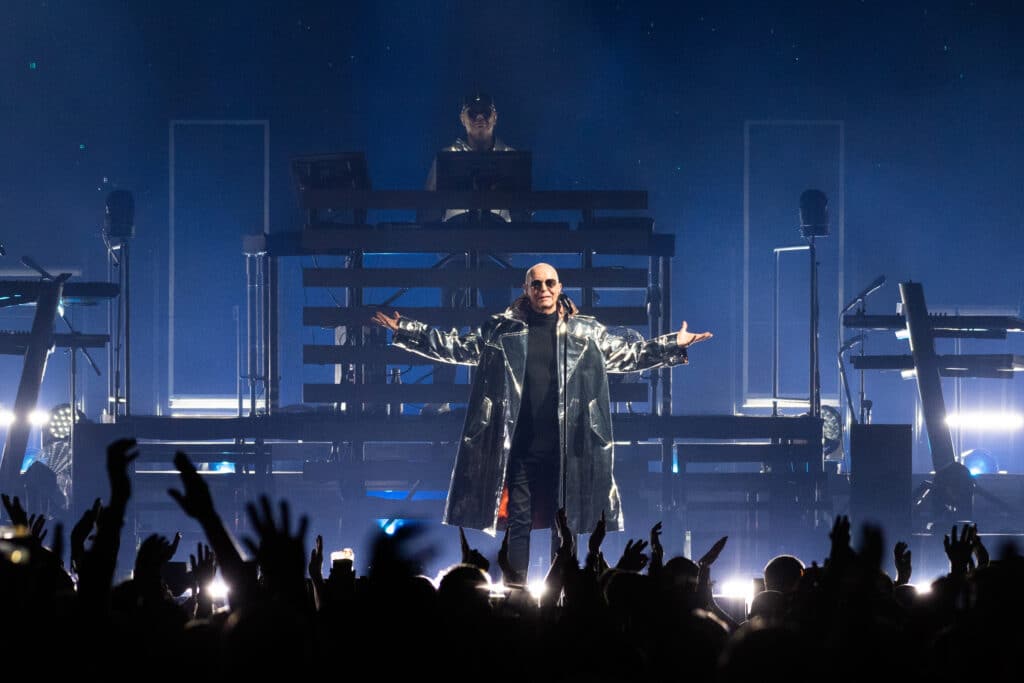 Three concerts reported on the “Unity” tour featuring Pet Shop Boys and New order land the co-headliners on LIVE75 at No. 10 with the “Hot Shot” tour of the week. Originally slated for a fall 2020 launch, the postponed North American trek finally kicked off Sept. 17 in Toronto with DJ Paul Oakenfold added to the lineup as a special guest.

September performances at the Merriweather Post Pavilion in the Washington, D.C. market and New York arenas, Barclays Center and Madison Square Garden, moved 36,730 tickets to mark an average of 12,243 seats sold per show. With total receipts of $3,891,512 across the three venues, the shows averaged $1.3 million each with a combined sell-out percentage of 99.3%.

The first Top 10 “Unity” tour is the highest-ranked among the 18 tours entering the chart for the first time in the past month. Also making his first appearance The Judds‘ last tour in memory of the late Naomi Judd, featuring Wynonna with Martina McBride and other artists at 11 US venues. Reported totals from the first six shows give the tour the #20 ranking on LIVE75 with an average of 7,524 tickets per night.

Beginning Sept. 30 at the Van Andel Arena in Grand Rapids, Michigan, the Judds’ first six tour dates featured performances by Brandi Carlile, Ashley McBryde and little big city for two shows each, while subsequent shows will include Kelsea Ballerini, Trisha Yearwood and hill of faith during the rest of the tour. A finale in Kentucky, the Country Music Hall of Fame duo’s home state, will complete the trek on Oct. 29.

The Artist Power Rating has a new top artist like bad bunny moves to No. 1 after nine straight weeks in second place behind Ed Sheeran, who have completed their summer tour of European stadiums. With Top 10 Live, Streaming, and Social charts, the rapper/singer tops the 50 position chart based on ticket sales of 241,677 across three US stadiums. Allegiant Stadium in Las Vegas, Chase Field in Phoenix and SoFi Stadium in Inglewood, Calif., were the final venues for its eight-week US run that grossed $233 million at the box office.

Bad Bunny remains at No. 2 on LIVE75, however, behind Sheeran who remains at the top of the chart for another week with his 12th appearance at No. 1 this year. The Latin star’s ticket average of 45,828 comes from the seven performances in his last three US stadiums, while the English singer-songwriter’s average of 60,952 comes from three performances in Frankfurt, Germany, last leg of his “Mathematics” tour in Europe.

Iron Maiden earns “Noisemaker” status on LIVE75 with a jump of six positions this week, landing at No. 8 with a five-show ticket average of 12,284. Shows at the Ball Arena in Denver, the USANA Amphitheater in Salt Lake City, at the North Island Credit Union Amphitheater in the San Diego Market and two performances at the Honda Center in Anaheim, Calif., were all opening dates for the band’s “Legacy of the Beast” world tour which launched in the United States at the Don Haskins Center in El Paso, Texas on September 11.

One of only two acts debuting on the Artist Power Index, RDA takes 48th place in the list based on the first 16 European performances of the “OK Orchestra” tour, the group’s autumn trek. On the road to support their fourth studio album released in March 2021, the indie pop trio toured North America earlier this year.