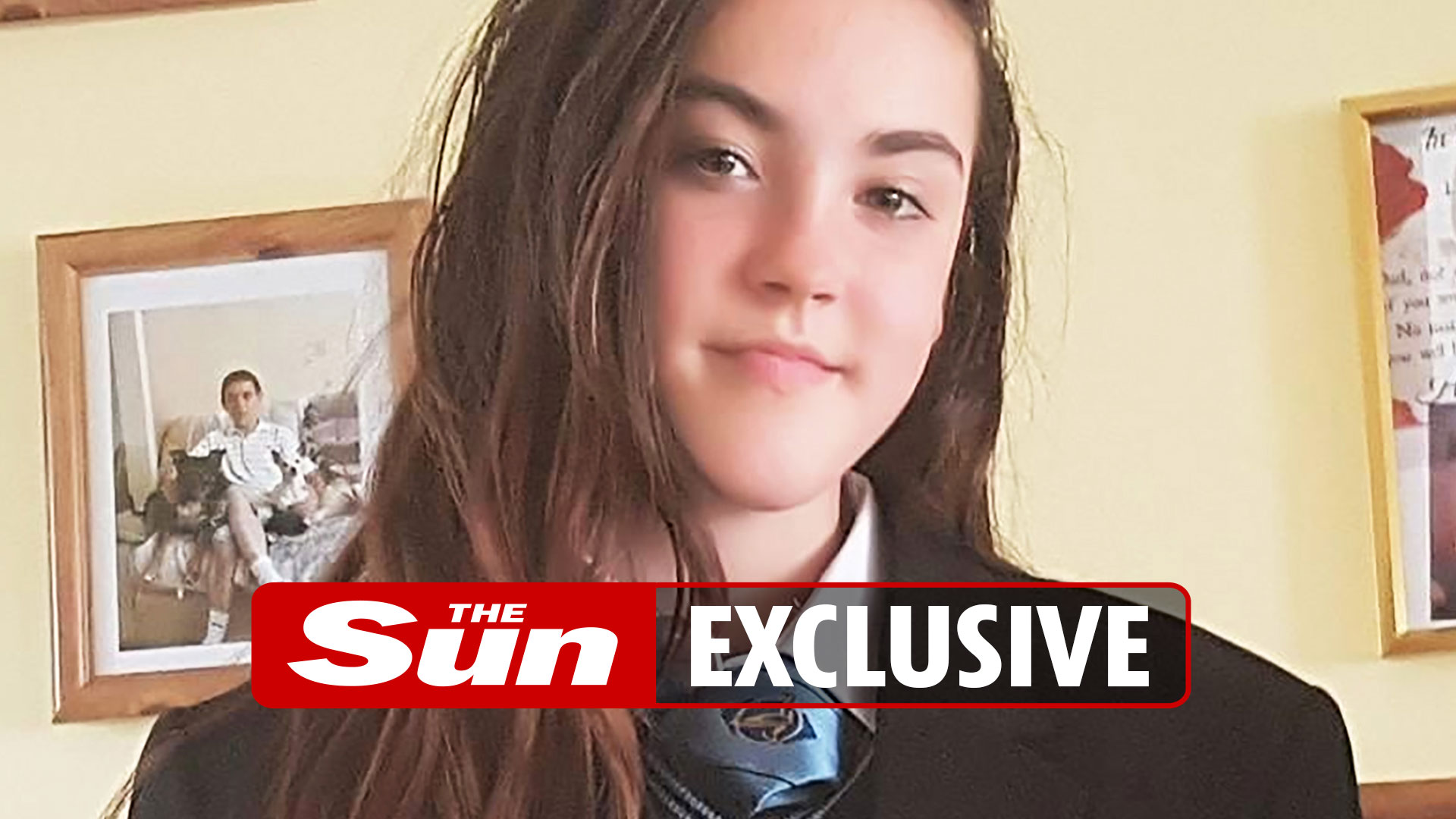 WHEN Shannon O’Brien landed an internship at a reptile store, she was over the moon.

But the 14-year-old animal lover’s dream job quickly turned into a nightmare when she fell prey to the shop owner.

Throughout the two-week stay, she feared sick Kim Lamplugh, 48, was behaving inappropriately, and on the final day he launched himself on her in the storage room.

Shannon managed to escape and called her father, who alerted the police.

Lamplugh was arrested and jailed for two years and seven months in November 2021, after being found guilty of seven counts of sexual assault.

Now 18, Shannon, from Edmonton, north London, has bravely waived her right to anonymity to speak out about the despicable abuse she has suffered.

She tells The Sun: “Being on an internship, I should have felt safe. But Kim abused me in the worst possible way and had no remorse.

“I want to help others talk about sexual assault and know they will be believed if they go to the police.

“Two years in jail is a joke for what he did to me, but I’m determined not to let that get me down.”

Shannon – who was raised by her father John O’Brien, 50 – was in Year 10 at secondary school when she was sent on a work placement in January 2019.

She recalls: “My teacher asked me what my passion was and I said that I was obsessed with animals.

“Ever since I was young I had puppies and loved visiting zoos and pet stores, so they arranged for me to work at a reptile store.

“It was a two week internship and I was so excited.”

Shannon’s father dropped her off for her first day and Lamplugh welcomed them.

She says: “Kim shook Dad’s hand and told him he would take good care of me. He looked friendly.

“After dad left, Kim showed me around the shop. For the first of the day, I held snakes and lots of reptiles. It was amazing.”

The next day Shannon ran the train on her own and Lamplugh taught her how to feed the animals, change their water and clean their cages.

But a few hours later, things took a sinister turn.

She says: “While he was showing me something, he stroked my thigh.

“I thought it was an innocent mistake. But after that it kept happening every day – even though there were customers.

“He would stroke my bottom while I was cleaning a cage or rub my thigh while he was talking to me. Terrified, I froze every time.

“A few days later Kim undid my shirt in the back room and gave me a wink.

I thought it was an innocent mistake. But after that it kept happening every day – even though there were customers around

“I was too embarrassed to tell anyone. I didn’t want to get in trouble either.

The following week, on the last day of Shannon’s placement, Lamplugh appeared behind her in the storage room.

She says, “Suddenly Kim lifted me up on the freezer, unzipped my shirt and started kissing me.

“He also caressed me between the legs. I was petrified.

“He then offered me a full-time job at the store. I told him that I couldn’t because I was still in school.

“He then continued to stroke my body and told me he would email the school to let them know how amazing I had been.

“He grabbed my hand and placed it against his pelvis. I fought back my tears.”

Lamplugh then went to see a client. Shannon followed and asked if she could take a break early.

She then ran down the road and phoned her hysterical father.

Shannon recalls, “Dad was mortified and called the police and my teachers. I took a bus back to school to meet them all and couldn’t stop sobbing.

Shortly after, Lamplugh was arrested at the store.

He denied the charges, meaning Shannon was forced to testify against him.

She says: “I bravely spoke up and was determined to show him that I was not afraid of him.

I was disgusted by his sentence. He traumatized not only me, but my father and my family too

“He smiled disgustingly at me as I told the jury how he abused me.”

In October 2021, Lamplugh was convicted of seven counts of sexual assault against Shannon.

The following month he was imprisoned for two years and seven months at Wood Green Crown Court.

Shannon says, “I was disgusted. He traumatized not only me, but also my father and my family.

“Now I have PTSD and I’m terrified of all men. I refuse to see male doctors and even my dad trying to hug me scares me sometimes.

“My school let me down. I should have been safe there.

“Now I’m in college and my dream of working with animals has faded.”

Shannon has since launched a TikTok Account to help raise awareness about sexual assault.

How to get help

Women’s Aid has this advice for victims and their families:

If you are a victim of domestic violence, SupportLine is open Tuesday, Wednesday and Thursday from 6pm to 8pm on 01708 765200. The charity’s email helpline is open weekdays and weekends during the crisis – [email protected]