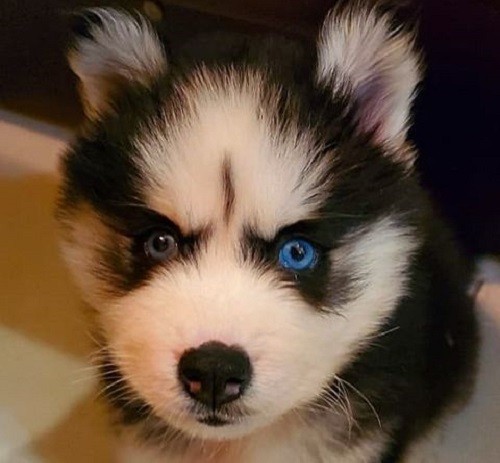 TAIPEI (Taiwan News) – A South African woman is at her wits end after buying an expensive husky from a New Taipei pet store only to see it die in just over a week and the store refuses to provide any compensation.

A 26-year-old English teacher, who works in Pingzhen District in Taoyuan, bought a husky puppy for NT $ 57,000 (US $ 2,000) from a pet store in Banqiao District in New Taipei on January 27 and l ‘named Saber. She said that on January 28, the puppy started to vomit, suffered from diarrhea and stopped eating.

When she took him to a vet he tested negative for viruses, but was told it can take up to 14 days for viruses to be detectable in dogs, and it has been suggested that symptoms could be caused by deworming medications. She informed the pet store of the dog’s symptoms, but they denied he was sick.

On February 2, her pet’s symptoms worsened, and when she again took him to the vet on February 3, they said he was suffering from pneumonia and parvovirus. According to the health report and the x-ray, the pneumonia was caused by a bad lung infection and he had difficulty breathing.

She said she immediately took him to a pet hospital and blood tests confirmed he had canine parvovirus. According to Daisy, he spent three days in a pet hospital before dying on February 6.

Said medical costs for the dog amounted to NT $ 15,000. She said her contract with the pet store said if the dog had diarrhea or vomiting within three days, it could be traded. However, she said the pet store denied offering these terms. She says the contract also provided that if she could submit a health report within seven days of the dog’s death, she could receive a replacement.

She alleges the pet store broke the terms of the contract, and when she and the vet explained the cause of death to the store owner, they claimed they didn’t understand what she was talking about. She said the vet was irritated by their denials because he had treated the dog’s illness for seven days.

When asked what action she plans to take next, she said she was talking to a lawyer. She said she just wanted the store management to pay her at least half the cost of the animal “if they can’t live up to their own contract and confess they are wrong instead of blaming the vet and me as the owner “. She has since bought another dog from a reputable breeder, and is happy to say “he is in very good health”. She says this is proof that her puppy’s death was not due to negligence on her part or that of the vet.

She alleged that her lawyer informed her that the dog’s price may have been inflated because she was a foreigner. His lawyer added that the contract is flawed because viruses can take up to two weeks to cause symptoms.

When Taiwan News contacted the director of the pet store, he said the dog was dead after two weeks. He said he had proof that the dog was healthy when he was bought by the woman and claims no other puppy in the litter suffered any health problems.

He said any illnesses the dog had been exposed to under his care were not his responsibility. He claimed his store had a good history and that he had never had a complaint about his animals before.

The official said if she was still not satisfied, she could resolve the dispute in court.