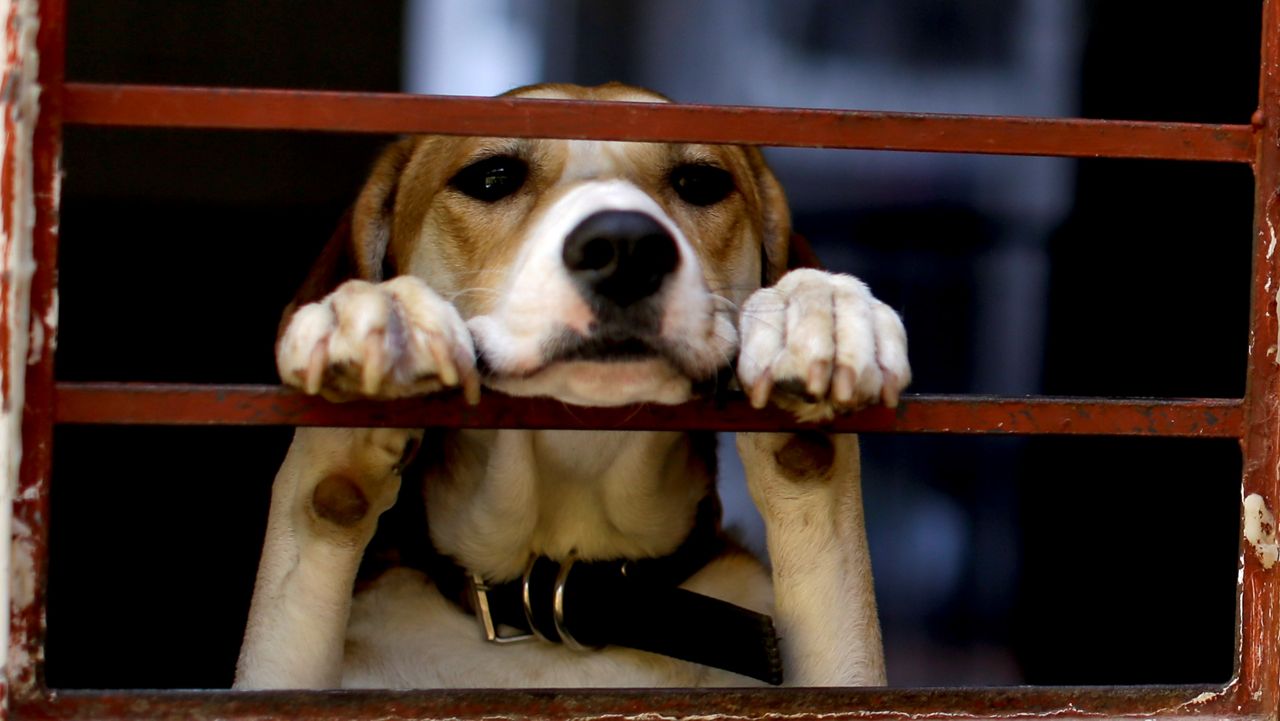 Cobb’s Hill Dog Park is a daily adventure for Connor Donsky and his one-year-old dog, Saul.

“I come here often, you know all the other regulars who come here and their dogs,” Donsky said. “And then your dog becomes friends with his dog, and they know each other so they run and play immediately.”

He adopted Saul last year and is grateful for the relationship they have today.

“It’s just me at home, so there’s always someone with me,” Donsky said. “He is my shadow at all times in the house. And we’ll go and do things. We’ll come here, we’ll go to North Ponds Park, I’ll take her swimming, I’ll take her for walks and car rides. He’s my guy.

And soon, those looking for pets may have to seriously consider adoption after state lawmakers passed the Puppy Mill Pipeline bill, intended to target large-scale breeding operations.

“We’ve all seen the horrific images shared on the internet and by larger animal welfare organizations of pets living in filthy, filthy cages, they’re not being socialized, they’re being raised over and over again,” said Adrienne McHargue, vice president of the Lollypop Farm Humane Society.

If enacted, the bill will ban the retail sale of dogs, cats and rabbits. That means pet stores would no longer be an option, and while naysayers argue it would hurt small businesses and legitimate breeders, McHargue says it’s a bigger issue.

“It’s a big boost, and let me just say there are responsible breeders out there,” McHargue said. “It’s not against breeding in general…what we’re trying to do and what we’re supporting is trying to get rid of that aspect of breeding which is about the money and not the individual animal.”

And while McHargue has a clear stake in the matter, she sincerely encourages everyone to consider adoption.

“It’s a good thing to do, it makes you feel good knowing you’re giving an animal a new home that didn’t have one. And you can definitely live a long, happy family life,” McHargue said.

Saul is just one example of a pet that needed rescuing.

“He was abandoned with his littermates in Virginia, I think,” Donsky said. “And he was rescued there and brought to Buffalo.”

So Connor will always be a big fan of adoption too.

“There are a lot of good dogs in rescues that just need homes and if you can go that route and save them instead of going to a pet store and getting them then it’s always a win-win. “, said Donsky.