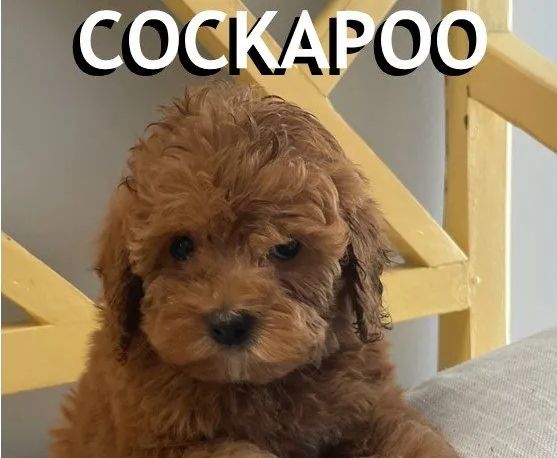 MIDDLETOWN, NJ — A 10-week-old cockapoo puppy was stolen from a Middletown pet store on Thursday, the owners said in a social media post.

The owner told police a young man walked into the store and asked if the store had any Cockapoo or Goldendoodle puppies for sale. The suspect then began playing with a cockapoo puppy, a 10-week-old female with brown coat, which was available for purchase.

Within moments, the subject picked up the puppy and fled the store. You can see this happening on the surveillance video posted by the store: https://fb.watch/d7axBSnOQU/

The suspect ran to an adjacent parking lot and got into a small black SUV, possibly a Nissan Rouge, with the partial New Jersey license plate “X58”.

The suspect is described as a young African American man wearing a blue surgical mask, ripped black jeans, orange Crocs and a black sweatshirt. The sweatshirt had the words “Key Street” on the sleeves in white lettering.

Middletown Township. The police thank the public for their continued assistance in this investigation.

By a News12 report, the pup weighs two pounds and is only nine weeks old, and could die without proper nutrition.

Those with information are asked to call the Middletown Police Department at (732) 615-2100.

Get more local news straight to your inbox. Sign up for free newsletters and patch alerts.

To request removal of your name from an arrest report, submit these required elements at [email protected]