Dismantling of the RCMP in Rutland

On Sunday evening, several RCMP officers were seen arresting a man in the parking lot of Rutland Pet Hospital.

According to a Castanet reader who filmed the action on camera, the man was fleeing the RCMP and was shot by officers at around 5:50 p.m.

“I just heard a lot of sirens so I quickly ran to my patio and looked down and they already had this guy on the ground,” she said.

Six RCMP vehicles were spotted in the area during dismantling and according to the witness, the man was taken away within minutes.

“One was across the road, the other was on the grass and there were so many of them,” she says.

“My neighbor said he was putting burgers on his barbecue and he saw the guy book it and run through the parking lot. He knew he was in trouble and wouldn’t get away with it, so he just stopped running.

Kelowna RCMP are currently investigating a shooting that occurred at 6 a.m. after a woman arrived at Kelowna General Hospital with a gunshot wound. The shooting is linked to the Prior Road South apartment complex in Rutland.

It is not known if this incident is linked to the shooting.

Castanet has contacted the Kelowna RCMP and will update when more information becomes available. 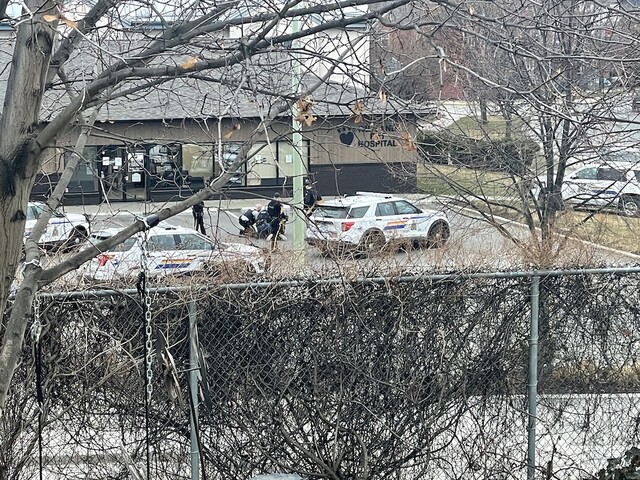