Puppo, a German Shepherd, enjoys resting his head on his stuffed raccoon. 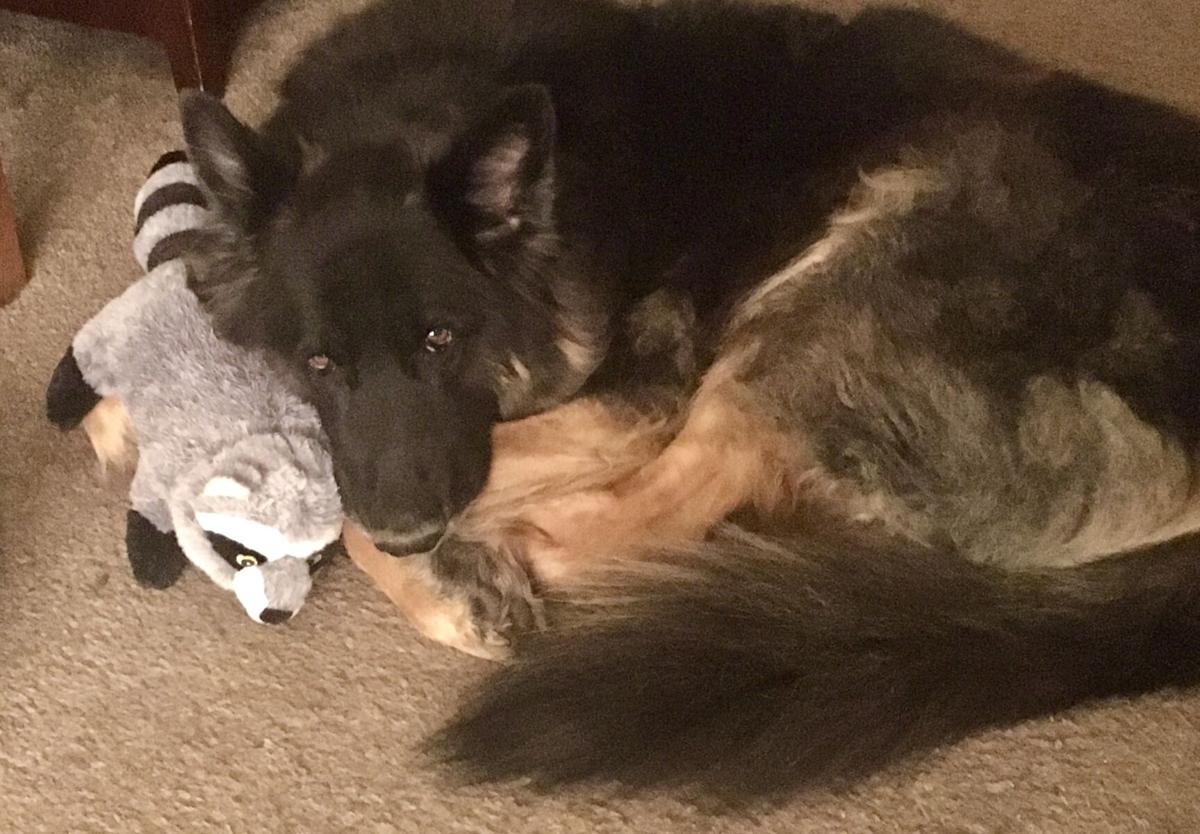 Puppo and his new raccoon BFF, which was a gift for the holidays.

Holiday shopping was easy for our furry friend named Puppo.

We knew exactly what kind of gift our German Shepherd needed. A plush toy large enough to take the occasional jerk and soft enough for him to rest his head on.

Santa has found a squirrel and a raccoon that match the criteria. On Christmas morning, the squirrel must have touched a sensitive chord, and Puppo began to chew on one of the toy’s feet. The squirrel was quickly evacuated until he could undergo a few stitches.

As for the raccoon, Puppo quickly claimed it as his new BFF.

Puppo frequently carries his boyfriend to the front door when a neighbor rings the doorbell. He also wore it outside to show off his girlfriend – a handsome collie. He put her on the ground and allowed her to sniff the raccoon, but he jumped playfully when it looked like she was going to pick up the toy to run into the yard.

Until now, the raccoon has survived by being Puppo’s constant companion.

He is often carried around the house and is sometimes shaken quite violently when Puppo spots another dog in the neighborhood. Then Puppo brings it back with him to the family room, settles in and begins to groom the raccoon. Lick, lick, lick.

When he is satisfied that his loyal raccoon is doing well, he will rest his chin on it. And yes, he looks pretty darn cute when he does.