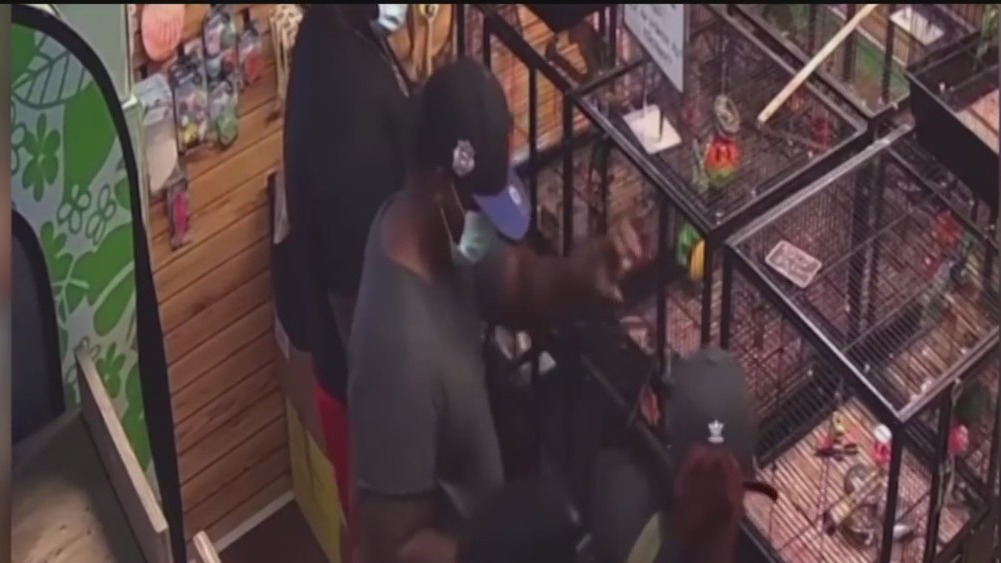 LODI, NJ (PIX11) – Owners of a New Jersey pet store have been left heartbroken after a gang of thieves snatched two very expensive birds and ran away over the weekend.

Surveillance footage captured the heist at NJ Exotic Pets in Lodi. The stolen birds are valued at $3,200 each. Shop owners say that if the animals don’t get the proper care, they can die within days. The birds were still fed by hand.

The birds were captured on Saturday morning, moments after the store opened for the day, an employee said Tiffany Galluzzo. She’s used to hearing the sounds of birds, so she knew right away something was up when she noticed how quiet it was.

Galluzzo was one of only two shop employees at the time. She retrieved surveillance footage and was horrified when she saw the suspects – two men and a woman opening – the cages and snatching the birds, pushing them into a bag.

“I cried. Just seeing how these babies I raised at 3 weeks old were aggressively smothered in a t-shirt and stuffed into a bag, it broke my heart,” said Galluzzo.

The suspects were last seen fleeing the scene in a black Acura with New York plates.

As the Lodi Police Department investigates the theft, the store is now reaching out to its thousands of social media followers in hopes someone recognizes the group of thieves.

Shop owners are now offering a reward for retrieving their birds. Anyone with tips is encouraged to contact the Lodi Police Department store.