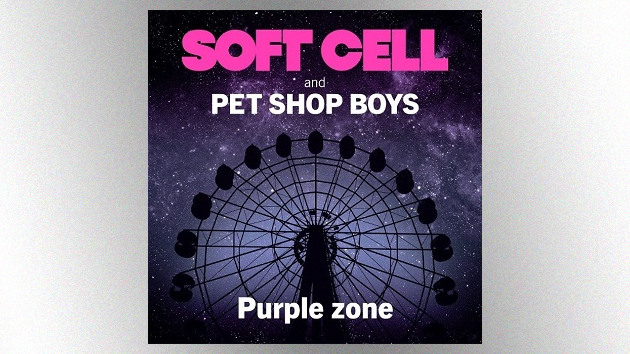 The track will also appear on Soft Cell’s upcoming studio album, * Happiness not includedthe duo’s first collection of new songs in 20 years, due out May 6.

Pet Shop Boys originally planned to just create a remix of “Purple Zone” for Soft Cell after seeing the latter act perform the song at a gig in 2021, but as they worked on the track, it ended up becoming a full collaboration.

In addition to releasing “Purple Zone” digitally today, a music video for air was created at the official Soft Cell Youtube channel.

The leader of Soft Cell Marc Almond said of the collaboration, “Working with the Pet Shop Boys has been a pleasure, and this track is the perfect combination between us and them”, while his bandmate, David Ballnote, “‘Purple Zone’ is probably our finest pop moment since the early 1980s.”

The Pet Shop Boys add, “We are thrilled to collaborate with such an inspiring duo like Soft Cell on this beautiful song.”